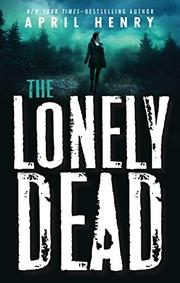 For most of her life, Adele has been told that her visions are a result of schizophrenia. But what’s the truth?

When Adele sees her friend Tori in the woods as she’s cutting through the park on her way home, she’s confused. Why would Tori be out there in the November cold wearing a halter dress? Adele realizes that, after not taking the pills for her schizophrenia, the visions that used to haunt her before her diagnosis are back. Tori isn’t real. After noticing a mound of fresh dirt with a toe sticking out—and a few minutes of digging—Adele finds Tori’s body. Although Tori is dead, Adele can see her, just as she can see all the dead, just like her mother and grandmother before her could. But can she use her power to solve the mystery of Tori’s murder before the killer strikes again? Henry (Count All Her Bones, 2017, etc.) delivers a compelling thriller that weaves supernatural elements into a topical tapestry of loss, betrayal, and family drama. In an interesting twist, Adele, who can’t remember much from the last time she saw Tori, becomes a prime suspect and even doubts her own innocence. This book is set against a high school backdrop with mostly white characters (one African-American friend is introduced, relating Tori’s racist behavior).

A thriller that manages to be both creepy and fun.