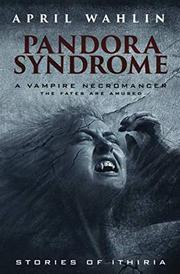 A newly born vampire navigates the ins and outs of the supernatural world in this series opener.

Pandora Todd is a bit of an odd duck. While living a seemingly normal life in California, she experiences an occasional “episode” or two. Like the time her dead grandmother wakes up in her coffin and speaks to Dora. But life gets especially strange when Dora joins the ranks of the undead. She is shot and killed by an unknown assailant outside a bar in Los Angeles. Luckily, a handsome vampire named Remy (whose protective nature, age, and skill set recall numerous other literary vamps) is on hand to bring her back to life. Thus, Dora’s new journey begins. Under Remy’s tutelage, she learns the ways of the supernatural world. There are werewolves, witches, zombies, and a governing body known as the Order that keeps everyone in line. But as Dora and Remy quickly discover, she isn’t your run-of-the-mill vampire. She is also a necromancer who can raise the dead and create zombies of her own. But there’s another necromancer lurking in the shadows, an unknown threat that Dora and Remy can’t quite figure out. Wahlin (Thirteen Offerings, 2015) does a nice job creating Dora’s world and building a society of supernatural creatures who roam the streets largely without human knowledge. Some of the more humorous moments in the narrative are thanks to the author’s clever juxtaposition of the excitement and adventure of becoming a vampire with the decidedly less sexy reality of everyday life. In addition to learning how to feed off humans and control her superstrength, Dora still needs to find a job. The decision to make Dora a necromancer is also a good one. It’s a nice twist in an otherwise standard vampire tale. The vamp romance, interactions between the living and the dead, and a score of supernatural beings have been well-explored by characters such as Stephenie Meyer’s Edward Cullen, Charlaine Harris’ Sookie Stackhouse, and others.

Girl meets boy, becomes a vampire, and learns the ways of the undead in this entertaining but familiar tale.