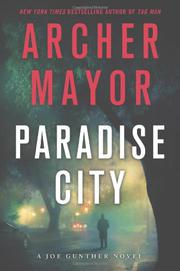 Joe Gunther and his crack team of Vermont sleuths crack a case in Massachusetts.

One ill-fated night, sweet, elderly Billie Hawthorn inadvertently interrupts a robbery in her Beacon Hill house and pays dearly for it. Violence aside, the Boston police wonder why the thief passed over some highly valuable targets of opportunity—laptops, flat screens, stereo equipment—to purloin the silverware instead. Meanwhile, Lt. Joe Gunther and his Vermont Bureau of Investigation team have been puzzling over a series of similarly offbeat break-ins. Suddenly, all crooked roads seem to be leading to Northampton, where a new superfence—mysterious, shrewd and deadly—has become a player. Invited to join a task force, Gunther takes his best cop with him: that astringent observer of the human condition, irascible Willy Kunkle, whose grasp of social skills continues to be marginal, mostly because he wants it that way. Specifically uninvited to join is Mina Carson, Billie’s niece. Bereft, enraged by the gratuitous violence inflicted on her aunt and hungry for revenge, she crashes the party anyway, becoming for Gunther an entirely unexpected complication.

Understated, occasionally very funny (see Kunkle) and very intelligent. In his 23rd appearance (Tag Man, 2011, etc.), the Sage of Brattleboro remains as appealing as ever.