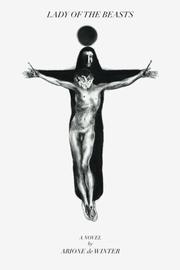 LADY OF THE BEASTS

In de Winter’s fiction debut, a woman’s 20th-century life unfolds in a multiplicity of selves.

Nora, a Jungian psychoanalyst, is walking in New York’s West Village when she sees in a local newspaper that famous best-selling novelist Nola Troppa has taken her own life. Nola had been a patient of Nora’s. After presenting her obituary—“Nola Troppa, reclusive novelist, is survived by her analyst and devoted readers”—de Winter slowly begins revealing Nola’s life story, beginning with her being raised in the French Pyrenees by nuns, who nicknamed her “Lupa,” the wolf girl. There, she found her first romance in handsome Leonardo, who rode his black horse up from the village one day. The two next encounter each other 21 years later on “a bleak day…teeming with rain” in the streets of Paris, where Nola/Lupa works as a prostitute. These and similar early scenes in the book brim with a curious yet effective combination of rawness and eloquence, as de Winter’s lens shifts from barbarities perpetrated by soldiers in ruined buildings to spiritual life lessons Nola tries to impart to her fellow prostitutes. Even after Nola has a son (the “strangely introverted, cerebral” Terzo) and takes on further lovers, this dual nature—half mundane, half mystical—persists. Tellingly, in the book’s dedication, the author invokes Carl Jung as the novel’s spiritual father. Jungians who read this novel will encounter many echoes of his terminology: “In the present, Leonardo and Lupa are caught in the transference, as she uses the senses to spark his unconscious, linking the fragments of memory with the parts of the self.” Sometimes, however, the author overlays the complex narrative with such a heavy coating of Jungian analysis—with its archetypes and Madonna-whore fixations—that readers unfamiliar with the references might feel left out of the conversation, which can cause the need to backtrack and re-read.

A psychological novel that will appeal mainly to advanced Jungians.