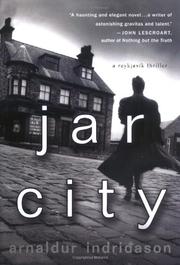 An Icelandic detective investigates a murder with roots in the distant past.

When veteran Reykjavik police inspector Erlendur Sveinsson is called to a squalid basement flat to examine the corpse of an elderly man named Holberg, bludgeoned to death with a large ashtray, he finds on the scene a typed note with the cryptic message, “I am HIM.” Murder in Iceland is rare, and Erlendur is just coordinating his probe when two other crimes demand his attention: the assault of geriatric twin sisters in their home and the disappearance of a bride shortly after her wedding. The divorced Erlendur must also struggle to get his combative, punked-out daughter Eva Lind away from her drug-drenched nightlife. The news that Holberg was arrested for rape 30 years ago sends Erlendur on a difficult search among old records and hostile, forgetful witnesses. The sexist cop who caught the original rape case insulted the victim and allowed Holberg to walk. Erlendur’s colleagues Sigurdur and Elínberg are annoyed at the drudgery involved in this effort, but eventually the team finds other victims of Holberg who hold the key to the killing. And Erlendur’s relationship with Eva takes a significant step forward when she helps crack the case of the runaway bride.

The author’s American debut, winner of the 2002 Nordic Crime Novel Award, is a model puzzle presented with clarity and crisp economy.