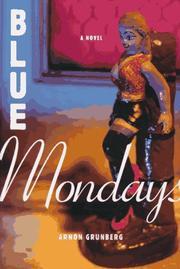 World-weariness tinged with tragedy speeds a bourgeois Jewish youth in Amsterdam merrily down the road to ruin in a frank but rather bloodless debut. Author Grunberg, a high-school dropout, was 22 when this was first published in 1994 in the Netherlands. Naming his teenage narrator for himself, Ö la Philip Roth, Grunberg places him in as dysfunctional a household and as depressing a school system as can be imagined: His father is a hard-drinking, ailing man of shadowy means, his mother a Holocaust survivor prone to dish-smashing rages, his teachers either drunk, discipline-happy, or self-righteous samaritans. Dropping out, Arnon finds part-time office work, while his father, incapacitated by a stroke, wastes away slowly but surely; at his death he seems to have bequeathed his alcoholism to his only son. Living on his own but unable to keep a job, and traumatized by a few encounters with female classmates—including one in which he's abused by a pair of heavyweight witches—the young man frequents bars and cafes. In time, however, his loneliness and desperation make him turn to an escort service. An endless succession of prostitutes later, he is entirely numb to the process of sex but unable to break the habit, even when faced with the end of his money. And so he takes the advice offered by one of the call girls and signs on with an escort service himself, thereby giving his penchant for self-degradation free rein. The hero's swift downward spiral, though precisely and persuasively rendered, holds few surprises, while his severely unrelenting distance from all that affects him limits the reader's own level of engagement. Still, spare prose and precise portraits of disaffected characters offer clear promise of stronger work to come.