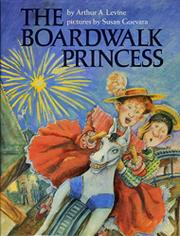 by Arthur A. Levine & illustrated by Susan Guevara

Inspired by a Grimms' story and set in 19th-century Brooklyn, a lively tale about a brother and sister whose magical talent for sewing (fabric ``spoke'' to Sadie to suggest its best use; cloth that Myron rejected ``shrank and bled'') are exploited by a witch in her sweatshop. When they escape, she pursues them and turns Myron into a mouse. So he remains until the witch tries to do similar mischief to Sadie on the eve of her wedding to a real-estate tycoon. Myron intervenes, and, somehow, the witch vanishes in the noxious bath she has prepared for Sadie; meanwhile, becoming human again, Myron pops his buttons—he's now fully grown, but not quite fully clothed. In a pithy, colloquial narrative that recalls Arthur Yorinks's dry wit, Levine makes imaginative use of the incongruity between the folkloric events and their new setting. Guevara's expressive mixed-media art swirls with energy; she amplifies the humor while exploring the period scene in delightful detail. Good fun all the way. (Picture book. 4-10)