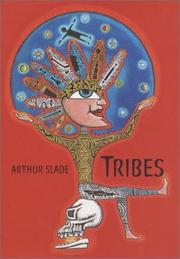 Percival Montmount has his father’s eyes. Literally. When his anthropologist father died from a tsetse fly bite in the Congo, the father’s ghost appeared at young Percy’s bedside and gave him his “glowing spirit eyes.” Now, Percy sees the world as an anthropologist. Dispensing with the history of mankind and Canada in the first three paragraphs of chapter one, Percy proceeds to study the hominids of Groverly High School in Saskatoon. Readers are treated to field reports on the Jock Tribe, the Teacher Tribe, the Born-Again Tribe, and other segments of the ritualistic society of Grade Twelve. Percy’s goal is a lofty one: “to discover where all of this was leading. Evolution, that is. It pointed forward, indicating an obvious mission for us, a next logical step. What was it?” But readers come to realize that, despite his self-assigned job as reporter, Percy is not seeing very well. He is wrong about his father and almost loses the one girl friend he has. He comes to realize that reporting events is not the same as living and feeling. In this short, well-paced outing, Slade manages a wide range of weighty topics—Darwin, evolution, the Big Bang, death, suicide, and first love—with a light, humorous touch. An entertaining, thought provoking read. Readers who enjoy Percy’s story might be pointed toward Kurt Vonnegut’s works. (Fiction. YA)