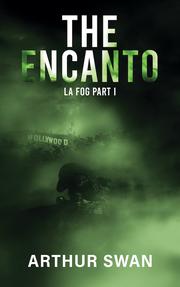 Mega-rich tycoon Evan York, 67, has spared no expense or trouble to track down a Mayan relic he calls the Encanto. But something goes wrong during the handover, and the seller, Luis Luna, is later found dead, beaten to death with a baseball bat by a paraplegic man in a wheelchair. Investigating the case is police detective Saul Parker, an avid amateur magician who’s acutely conscious of his weight. Meanwhile, 36-year-old Gray Wilson dreams of quitting his job as a “code-writing robot” in a cubicle to take up painting again, although he’s in denial about his drinking problem and his family is in financial straits ever since his wife, Claire, quit her job to take care of their young daughter. Claire suffers from insomnia and spends her days in an exhausted haze; one of her few recreations is following the career of Ashley York—Evan’s daughter, who’s a Paris Hilton–like aspiring actress. It’s just one of many connections that form between the novel’s many players. Wayob, a sinister, murderous figure connected with the evil Encanto, interferes in these disparate lives, creating confounding intersections as part of his own diabolical plan. In his second SF novel, Swan offers an intriguing premise that centers on the mysterious artifact. The book’s chief strength, however, is not in how it details the paranormal elements but in how those elements serve characterization. Swan lays crucial groundwork early, sketching out players that are multifaceted, complex, flawed, and struggling to grasp their hearts’ desires. He then ups the ante by shaking up their existences and making the characters fruitfully reexamine their identities, relationships, and choices. The novel ends, however, with many loose strings dangling—too many, really, even for the first book in a planned series.

A work with a compelling hook and fine character development, although its lack of resolution is disappointing.