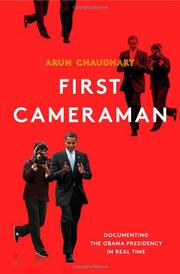 Chaudhary, a punk rocker turned film professor, joined the Obama campaign in 2007, thanks to the aid of a friend on the New Media team, not even expecting the candidate would win the primaries. With a mission to gain the junior senator from Illinois as much YouTube exposure as possible, Chaudhary and associates developed a rapid-fire method of documentary filmmaking, capturing Obama in as many lights as possible: making campaign stops, chatting with volunteers and potential voters, taking the stage before a speech, making major addresses, etc. In the process, Obama’s team developed a new style of campaigning suited to the Internet age, a style that future campaigns will surely try to replicate. The point was not to make viral videos, but rather a large and diverse array of little films that could appeal to the broadest cross section of the electorate and show off the candidate’s “authenticity” to best effect. Chaudhary became one of Obama’s constant companions; fortunately for him, Obama enjoyed his slightly warped sense of humor and offbeat style, so much so that, after the election, he was invited to join the transition team and then forge a place for himself in the White House. Half joking, the author refers to the position, which he left in 2011, as being like the president’s wedding videographer, “if every day is a wedding.” Chaudhary was also responsible for creating and maintaining the popular West Wing Week, a weekly video roundup of White House events on whitehouse.gov. While he is amusing on the subjects of his modest “rise to power” and what he saw at the White House, the author writes with some passion about the history, uses and craft of political image-making, and he seems more comfortable offering pithy critiques of campaign aids than political gossip.

Lovers of political memoirs may be dissatisfied, but readers interested in media and politics will learn a lot from the lessons Chaudhary took away from his experiences.