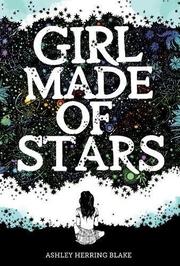 GIRL MADE OF STARS

A feminist teen struggles with the personal impact of sexual assault.

Bisexual high school junior Mara has always had a close bond with her twin brother, Owen. After a traumatic experience caused her to withdraw from friends and family as a coping mechanism, Owen was the only one able to draw her out of her shell. When Owen’s girlfriend, Hannah—one of Mara’s best friends—accuses Owen of rape, however, Mara’s world is turned upside down as the brother she thought she knew begins to trigger the very PTSD she’s been trying to hide. As the founder of her school’s feminist club, Mara has never wavered in her conviction to always believe survivors. But as many of her classmates and family, including her fiercely feminist mother, publicly side with Owen, the school’s feminist club rallies around Hannah, and Mara feels forced to choose—between her friend, her family, and coming to terms with her own past. Mara’s bisexuality is never stereotypical, and her ex Charlie’s experience as a closeted nonbinary teen still using feminine pronouns provides excellent and much-needed representation. Blake (Ivy Aberdeen’s Letter to the World, 2017, etc.) rightly makes it clear that this book is not focused on Owen or his intentions; his impact and Mara’s processing take center stage. Owen's best friend is Korean; other major characters are white. Resources for survivors are provided.

A powerful, nuanced, and necessary read.