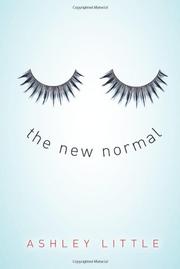 A low-key portrait of grief and endurance.

Tamar is smart, jaded, blunt and 16. On top of the usual indignities of high school life, she must cope with losing all of the hair on her body, a side effect of stress following the death of her younger sisters in a car accident. As her shellshocked parents spiral inward (her mother retreats to yoga, her father to beer), Tamar experiences a succession of further humiliations—sexual harassment, bullying, threats of violence—while trying to make sense of her fractured family life. Roy, her fellow chess-club MVP, is the only constant in her life. It's enough to make anyone stay in bed all day, but with dogged persistence, Tamar confronts her demons, real and imagined, and eventually finds her footing. A few early subplots (acupuncture, drug dealing) that ultimately lead nowhere weaken the narrative, and readers accustomed to spunky heroines might find it frustrating when Tamar, swamped by yet another wave of maltreatment, does not defend herself more vociferously. But Tamar's wisecracking first-person voice adeptly conveys the complexity and grit of her emotional life as she learns to stand up for herself.

Readers who tough it out with her on the journey will be rewarded by the destination.