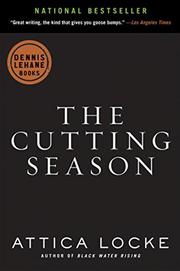 A lush plantation is the scene of what could be the perfect murder.

As manager of Belle Vie, an antebellum estate 50 miles south of Baton Rouge and an equal distance from New Orleans to the east, Caren Gray burns the candle at both ends. She supervises the staff and produces weddings and parties at the plantation while trying to raise her preteen daughter, Morgan. Also under her supervision is a historical play called The Olden Days of Belle Vie, which keeps the memory of 19th-century Louisiana alive for better or worse. Currently in a rebellious phase, Morgan plays her father, Eric, who's estranged from Caren and has moved to Chicago for a job, against her mother. Fieldworker Luis' discovery of a body facedown in a shallow, makeshift grave complicates an already challenging day for Caren. The victim is a young woman, her throat slit. Local police swarm Belle Vie as Caren confronts the problem of missing actor Donovan Isaacs, unwelcome freeloader Bobby Clancy and Morgan's customary moods. After she finds blood on her daughter's blouse, Caren goes into defensive mode when Morgan's explanations are iffy. As Detective Jimmy Bertrand and his team dig deeper, everyone at Belle Vie gets edgier.

Locke's second novel (Black Water Rising, 2009) is written with fluidity and elegance, evoking the uniqueness of her setting and the nuances in the relationships of her characters, complicated by race, class and history. Her whodunit plot often seems like a MacGuffin but could well strike readers as a bonus.