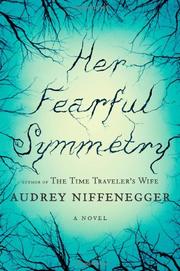 Twin sisters inherit a London flat, and a bundle of baggage, from their mother’s long-estranged twin.

Elspeth has expired at 44 of cancer, leaving her younger lover and neighbor Robert bereft and obsessed with her memory. Robert is entrusted with her diaries and named executor of her will, which bequeaths her flat and substantial cash reserves to her 20-year-old twin nieces, Julia and Valentina. Elspeth’s twin sister Edie and her husband Jack, a Chicago banker, receive nothing and are expressly forbidden to visit the flat. Presumably, Elspeth’s hostility stems from the fact that, 20 years before, Edie had eloped with Jack, then Elspeth’s fiancé, and fled with him to Chicago. When the girls move to London, their own sibling rivalry escalates. Julia dominates minutes-younger Valentina, forcing her to share a life of indolence rather than pursue her ambition to be a fashion designer. Robert, a perennial doctorate candidate writing his thesis on the historic 19th-century cemetery Highgate, is intimately familiar with all manner of Victorian morbidity, including the extreme measures taken to avoid being buried alive. Robert introduces the twins to the all-volunteer staff of Highgate, where many luminaries, including Karl Marx and George Eliot, are buried. Valentina is drawn to Robert, who finds her resemblance to Elspeth uncanny, unnerving and ultimately irresistible. Julia befriends upstairs neighbor Martin, an obsessive-compulsive agoraphobe whose wife, finally fed up with his draconian rituals, has just left him. Meanwhile, Elspeth has returned to her former flat, training her ghostly self to communicate with the occupants. Only Valentina can see her, and she enlists her aunt’s aid in getting free of Julia. The manner in which Elspeth accomplishes Valentina’s liberation, and the mind-boggling double cross revealed in the diaries, are breathtakingly far-fetched.

Gimmickry, supernatural and otherwise, blunts what could have been an incisive inquiry into the mysteries and frustrations of too-close kinship from the talented Niffenegger (The Time Traveler’s Wife, 2003, etc.).