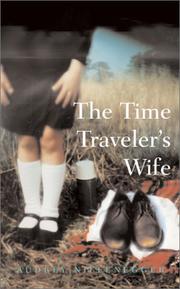 While the many iterations and loops here are intricately woven, the plot, proper, is fairly simple. Henry has a genetic condition that causes him to time-travel. The trips, triggered by stress, are unpredictable, and his destination is usually connected to an important event in his life, like his mother’s death. Between the ages of 6 and 18, Clare, rich, talented, and beautiful, is repeatedly visited by time-traveling Henry, in his 30s and 40s; they’re in love, and lovers, when the visits end. In Chicago, now 20, Clare spots Henry, who, at 28, has never seen her before; she explains, and they begin their contemporaneous life together, which continues until Henry dies at 43. (Clare receives one more visit in her 80s, in a moving final scene.) Henry is presented as dangerous and constantly in danger, but—until his grisly and upsetting final days—those episodes seem incidental, in part because everything is a foregone conclusion, paradox having been dismissed from the start. There’s a great deal of such incident; the story could be cut by a third without losing substance. Teenaged Clare is roughly treated on a date; adult Henry beats up the lout. Clare and Henry want to be parents; after a series of heartbreaking miscarriages they have a perfect, time-traveling child. Will Henry’s secret be discovered? Henry reveals it himself. Presented as a literary novel, this is more accurately an exceedingly literate one, distinguished by the nearly constant background thrum of connoisseurship. Henry works as a rare-books librarian and recites Rilke; Clare is an avant-sculptress and papermaker; they appreciate the best of punk rock, opera, and Chicago, live in a beautiful house, and have better sex than you.

A Love Story for educated, upper-middle-class tastes; with a movie sale to Brad Pitt and Jennifer Aniston, it could have some of that long-ago book’s commercial potential, too.