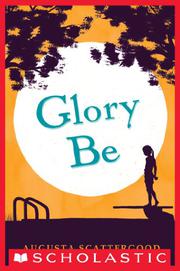 The closing of her favorite swimming pool opens 11-year-old Gloriana Hemphill’s eyes to the ugliness of racism in a small Mississippi town in 1964.

Glory can’t believe it… the Hanging Moss Community Pool is closing right before her July Fourth birthday. Not only that, she finds out the closure’s not for the claimed repairs needed, but so Negroes can’t swim there. Tensions have been building since “Freedom Workers” from the North started shaking up status quo, and Glory finds herself embroiled in it when her new, white friend from Ohio boldly drinks from the “Colored Only” fountain. The Hemphills’ African-American maid, Emma, a mother figure to Glory and her sister Jesslyn, tells her, “Don’t be worrying about what you can’t fix, Glory honey.” But Glory does, becoming an activist herself when she writes an indignant letter to the newspaper likening “hateful prejudice” to “dog doo” that makes her preacher papa proud. When she’s not saving the world, reading Nancy Drew or eating Dreamsicles, Glory shares the heartache of being the kid sister of a preoccupied teenager, friendship gone awry and the terrible cost of blabbing people’s secrets… mostly in a humorously sassy first-person voice.

Though occasionally heavy-handed, this debut offers a vivid glimpse of the 1960s South through the eyes of a spirited girl who takes a stand.