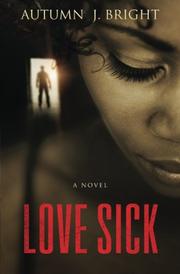 Debut novelist Bright impresses with a nuanced tale of a woman who can’t break free of an abusive relationship.

DJ Toni Jones may be a rising star on Charleston, South Carolina, radio, but her cool, professional exterior masks a troubled personal life. She and her suave husband, Marvin, are the ultimate power couple—she has a show on radio station Q101.5, and he’s part owner of the city’s hottest nightclub. But when Marvin’s dreams of a music production career collapse amid legal troubles, he turns violent, resentful of his wife’s success and jealous of the attention that she receives from other men. One of his vicious attacks nearly kills Toni, but she refuses to press charges and takes him back, much to her family’s dismay. Marvin cleans up his act (and skeptical readers may raise an eyebrow at this about-face), but the resulting period of domestic bliss is only temporary. His new job as a trucker keeps him away from home for days at a time, and soon, he’s romancing a sexy stripper named Angela. However, Marvin hasn’t lost his violent tendencies, and, eventually, Toni is forced to make a decision that will change her life forever. Bright’s fast-moving, engaging novel shows how even a strong, successful woman can find herself a victim of domestic violence. Subtle hints about Toni’s past illustrate how she learned to accept and justify violent behavior from men, and her rationalizations for taking Marvin back, though infuriating, make sense in the context of her character: “In the end, love and my determination to help him always overpowered me.” Marvin, for his part, is equal parts despicable and attractive; when he’s on his best behavior, it’s easy to see why Toni might be lulled into a false sense of security. He also has his own demons that help explain, but not justify, his behavior. The dialogue is spirited, and although some situations are overly dramatic, they never cross the line into unbelievability.

A successful portrayal of the complex psychology of an abuse victim and a gripping story of a love gone sour.