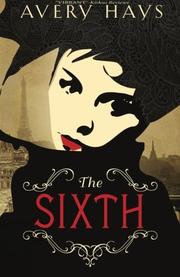 In Hays’ historical novel, artists, partisans and Freemasons fight for a country’s freedom in the face of a secretive, dangerous religious order.

In 1910, Lisbon-born Florbela Sarmentos, a 21-year-old graduate of the painting academy in Cherbourg, arrives in Paris to pursue her dream of becoming a painter. She’s referred to La Ruche, or “the Beehive,” an inexpensive studio for artists operated by Alfred Boucher. At La Ruche, she befriends other aspiring artists destined to become seminal figures in the art world, including Marc Chagall, Diego Rivera, Angelina Beloff and Amedeo Modigliani. She also develops a close friendship with her roommate, Irène Langevin, a talented but mysterious sculptor. Florbela’s arrival in Paris coincides with political turmoil in her native Portugal, and she is contacted by Paulo and Armand, members of a group called Bande Liberté du Monde—aka Les Souris Trempés (“the Soggy Mice”)—that’s aligned with the populist cause in Portugal. Paulo and Armand bring Florbela a letter from her jailed father, Hermes Sarmentos, that discusses the dire political situation in Portugal and warns Florbela to watch out for the Ordo Crucis Incendio, the Order of the Burning Cross. Hermes also directs Florbela to seek out a Freemason and accept the protection of the men who delivered the letter to her. The letter starts an adventure involving political assassination, revolution and a disturbing painting that bears a secret code. Hays’ ambitious effort offers a vibrant portrait of the Paris art scene of the early 20th century; however, the narrative is an uneven mix of artistic ambitions and political intrigue. The latter isn’t as compelling, primarily because it involves unlikely plot twists. Nonetheless, from parties with the Steins and Delaunays to the influence of Guillaume Apollinaire, Hays captures the heady bohemian glamour of Florbela’s world.

A colorful portrait of a colorful time, though the storyline isn’t as captivating.