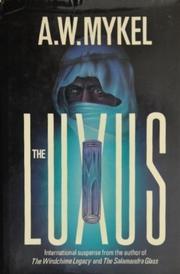 Terrorists kidnap bacteria capable of eating all the oil in the world—in the latest superthriller from Mykel (The Windchime Legacy, 1980; The Salamandra Glass, 1983). Well, it seemed like a good idea at the time. World-class billionaire maverick American industrialist Asher Sky—a swashbuckling Armand Hammer wannabe—located his supersecret Skyco research lab in the thick of the Colombian jungle, where it would be safe from the officious meddling of the FDA. Alas, the lab wasn't safe from the bloodthirsty meddling of world-class terrorist Rafael Sonterra, who has engineered the heist of Skyco's latest, hottest products of genetic manipulation: several new strains of miracle microorganisms capable of either freeing all the oil trapped in all the shale in the world, eating all the oil in all the oil reserves in the world, or eating all the oil-eating or oil- freeing microorganisms in order to stop them dead in their tracks. Whoever controls the little critters pretty much controls the universe. Skyco contracts with Intel-Trace—a private sector security outfit that's more clever and more flexible than any government agency—to find the terrorists and bring back the bugs; Intel-Trace puts their best man, Mike Quinn, on the job; and Quinn (with only a few pauses to appreciate the charms of Asher Sky's pretty daughter) conducts a super-high-tech, world-circling search for Rafael Sonterra, whose true identity shocks everybody except the reader, before Sonterra puts the bad bugs to work. Humorless, gadget-plagued, and very long.