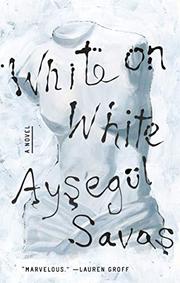 A doctoral student in art history strikes up a relationship with a mysterious painter.

When an unnamed graduate student receives a fellowship to conduct research on medieval art, she needs a place to stay. Seeing an apartment advertised through her department, she arranges with the owner, Pascal, a professor of medieval studies, to rent it. Pascal’s wife, a painter named Agnes, has a studio upstairs; she will be in the city “from time to time.” But when Agnes arrives, early in the student’s yearlong stay, she shows no signs of going anywhere. At first, the student is glad for the company and intrigued by Agnes and her art, both of which are characterized by their “restrained elegance.” But as their friendship unfolds, Agnes reveals herself, both through visits to her studio (where she works fretfully at an all-white painting) and long talks, telling increasingly confessional stories about her relationships: with an old friend, an ex–au pair, with her parents, her children, and her husband. As the student is put more off-balance by Agnes’ intensity, she wonders what it is that is really going on behind Agnes’ facade. Despite the thriller-ish underpinning of the novel and the propulsive unfolding of the relationship at the book’s heart, Savas’ graceful and intellectual prose is the star of the show here. It makes air-light what might otherwise be a novel ponderous with weighty questions: What is the nature of art? Does it reveal or conceal? What is the nature of human connection? As Agnes says, “It wasn’t often…that we could present ourselves to others, like a self-portrait. More often, we made portraits of the people around us, guessing at their features from occasional glimpses.”

Like a prism, this novel brilliantly illuminates the human spectrum of connection and longing.