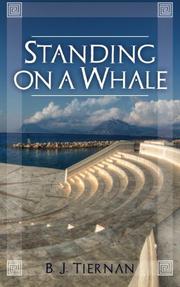 Standing On A Whale

An engaging mystery with mystical overtones that also offers a wide-ranging discourse on New Age philosophy and entrenched belief systems.
Dr. Lance Stavros is a 47-year-old, disaffected doctor ready to commit suicide when he gets a mysterious invitation to become the personal physician of an enigmatic spiritual teacher—a man known as “Hadden,” who holds court inside a mysterious compound, Hawk’s Landing, on the outskirts of Patra, Greece. Almost immediately falling under the mystic’s thrall, Lance forgoes his self-destructive tendencies and becomes deeply entwined in the drama at his newfound guru’s headquarters. Like the Romans and Pharisees of old, the local Greek authorities don’t like the message that Hadden is peddling, so they set out to neutralize him, one way or another. All this intrigue unfolds as Lance undergoes his own spiritual transformation: He listens to Hadden’s nightly lectures in “the Great Room,” slowly learns to face the demons of his past and sets his feet on the road to enlightenment. There’s a bloody cost, however, as the net tightens around Hadden and his followers. Tiernan does a fine job of balancing New Age philosophy with an engrossing whodunit, so that the former never overwhelms the latter. Readers may wish to ponder the implications of Hadden’s teachings, but they’ll also want to stick with Lance as he draws closer to uncovering the secret behind his invitation to Hawk’s Landing. The author’s descriptive prose deftly illuminates Lance’s interior and exterior worlds while continually propelling the story forward: “I had once read about a magician whose body was missing his heart. He kept it hidden in a bag under his bed. I got the impression that Twyla was missing something too, something like a heart.” Seemingly tangential forays into the sad doctor’s childhood and anemic love life quietly become building blocks for a climactic ending that offers revelations and regrets.
A provocative philosophical exploration that doubles as a crafty thriller.