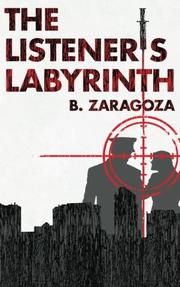 In Zaragoza’s debut thriller, Navy SEALs are unwitting participants in a secret experiment that renders them murderous, suicidal addicts.

At the San Diego Naval Medical Center, psychiatrist Elise Kardiner is concerned about a new admittance, Petty Officer Bayden McCourt. While she wants to keep the officer under supervision after a suicide attempt, Capt. Marcelo “Ike” Rizal—Elise’s ex-husband—hopes to question Bayden about a mission, from which several fellow SEALs did not return. Both Elise and Ike find ties to the Frithur Corporation and Xialep, a baffling drug that may explain why Bayden can see people’s “hurts.” Readers won’t have trouble pinpointing the villains in this precise story, which zeroes in not on Xialep’s positives—creating stronger soldiers with heightened alertness—but on its adverse effects, including withdrawal and, according to a Bayden’s account, the kind of dismal experience suffered by him and his SEAL team. Before Leif Gunnarson, the owner of Frithur, even makes an appearance, he’s painted as a baddie for simply being in charge, so his sweaty-palmed handshake with Elise comes as no surprise. The relationship between Elise and Ike is convincingly developed, from their first encounter at Georgetown University to their marriage and the death of their toddler son. It’s a sturdy, viable connection that’s maintained even though the two are separated for much of the novel. Likewise, Bayden is an absorbing character, plainly intended as a surrogate child for the estranged couple—he’s near the same age their son would have been—which makes Elise and Ike’s determination in helping him all the more believable. Though the novel is pleasantly understated, sans profanity and with implied violence, there are a few shocking scenes, mostly the result of Xialep; those under the drug’s influence commit murder, and some even commit suicide. Suspense creeps in, too, particularly in a standout scene where, after she’s been suspended, Elise defies authority by sneaking onto the base to see Bayden. For his part, Leif considers profound concepts, such as a clear distinction between facts and what the public truly wants to know.

A WAR OF NERVES
by Ben Shephard
Nonfiction