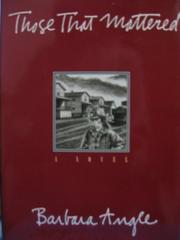 This autobiographical debut novel about coal mining in Appalachia is almost hypnotic in its intensity, drama, and stark realism. Portia Crowe immerses herself in books and goes her own way, unimpressed by the drab female lives she sees around her in a West Virginia mining town. She becomes the first of her family to study in college but, when she returns home, finds her career options limited to teaching in the local high school. Twelve years later, Portia has a colorless marriage to a preacher, a home ruled by her possessive mother-in-law, and a son who prefers his indulgent grandmother to her. Her beloved father has died in a mining accident. When her grandfather succumbs to lung disease, grief and renewed independence lead Portia to leave her husband. Like all her family, she is both drawn to and repelled by the skilled, risky work of the mines. But the highest-paying, most dangerous career in town is dominated by men who are openly contemptuous of women. When she joins their ranks, she receives a breathtakingly relentless onslaught of abuse. Against a constant backdrop of sexual slurs, foremen give Portia the most physically demanding assignments; she toughs it out. The wild card, however, is the attraction between Portia and her boss, Steve Zanzucki. Reasoning that Portia's hazing could not get worse, they have an affair, and Portia becomes pregnant. Steve abandons her, and the foremen respond with severe workloads that nearly cause a miscarriage. Portia takes a respite from the mines, recovers her health, and gives birth to a son. But when she returns to mining, she suffers an accident that leaves her right arm useless. As the men try frantically to rescue her, they finally grant her their long-withheld caring and respect. A hard-edged tale of mining conditions and, especially, of the dearly bought success of one courageous woman.