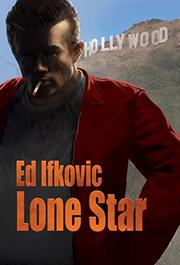 Bestselling novelist Edna Ferber, in Hollywood as co-producer of the 1955 screen adaptation of Giant, adds sleuthing to her extensive résumé when James Dean is accused of murder.

Nobody knows better than the author of Show Boat, Cimarron, So Big and Dinner at Eight that everyone has a skeleton in his closet. But James Dean’s closet seems to be solid skeletons, with more arriving every day. The volcanic actor doesn’t bathe, change his clothes, show up on time for appointments or pick up after himself. Craving love and validation from everyone, even the 70-year-old novelist, he’s equally demanding and undiscriminating in his sex life, and it’s no surprise that Carisa Krausse, whom he dated briefly during a location shoot in Marfa, Texas, has threatened to go to the tabloids with the story that she’s carrying Jimmy’s love child. Jack Warner, who sees Jimmy as his studio’s future, has assigned troubleshooter Jake Geyser to Giant, but there’s nothing Warner Bros. can do to keep someone from killing Carisa. Her death doesn’t end either the rumors of Jimmy’s sexual entanglements or the violence that stalks the production, which first-timer Ifkovic casts with historical figures and suspicious-looking ex-girlfriends and ex-buddies.

Ferber makes an appealing if unlikely detective and Jimmy Dean a splendidly charismatic enigma. But the moody, weepy star, the prize orchid in this Hollywood hothouse, sucks the air out of the tale, leaving the players in the mystery plot gasping for breath.