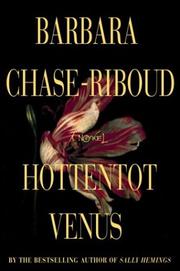 Tale of a South African tribeswoman exhibited as a sexual curiosity in 1814, told in her own imagined words.

Sarah Baartman, a domestic in an Afrikaans household, is castigated as a freak of nature when her mistress catches sight of her bathing. From childhood, Sarah’s labia had been stretched by the insertion of small weights within a healed incision, a traditional practice that enhanced a woman’s sexual allure. The result: an “apron” of genital skin that is normal in her world—and anything but normal in the eyes of Europeans. Though married, Sarah is raped by her master, then sold to a French freak show where she’s exhibited naked, poked and prodded with sticks as onlookers gleefully ogle her enormous buttocks, also marks of feminine beauty in her culture. Two years later, she’s dead—and dissected, various of her body parts going to different institutions. Chase-Riboud labors mightily to invest this unfortunate woman with the dignity that her circumstances denied her, but the fictional result seems somewhat unreal. Sarah’s noble speech and they-know-not-what-they-do restraint seem more like the author’s effort to rise above the degradation of her heroine’s brief life than anything else. Other genital alterations are tastefully discussed in the course of the narrative—for example, the men of Sarah’s tribe being permitted only one testicle—though Chase-Riboud pretty much ignores the more dangerous custom of labial/clitoral cutting and sewing, which persists to this day and kills thousands.

Well-meaning but not an inspiring tale, and many readers will simply recoil. From the author of The President’s Daughter (1994) and other, more interesting, historical retellings of women in bondage.