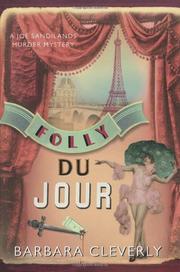 Another wily escape for the deadlier of the species.

Uninvited, lovely Alice Conyers joins retired diplomat Sir George Jardine, who recognizes her from Ragtime in Simla (2003), to watch Josephine Baker perform at the Théâtre des Champs-Élysées. When she foils his plan to have her arrested by skittering away during the finale, he notices that another old nemesis, Sir Stanley Somerton, has slumped precariously in his seat in the opposite box. When Sir George hastens to him, Somerton topples over, his throat slit. Unfortunately, an usherette assumes that Sir George was the murderer, and he remains in custody until Commander Joe Sandilands of the Yard, in Paris for an Interpol conference, and his Parisian counterpart Inspector Bonnefoye release him. When M. Moulin, the pathologist, suggests that four other murders over the past five years have similar earmarks, Sandilands, Bonnefoye and Sir George’s young cousin Jack Pollack fear for Sir George’s safety. There’ll be more stiletto trauma and several unexpected plot twists before Sandilands—with help from Georges Simenon, a newsman much enthralled by Miss Baker—detects the mastermind behind the flamboyant murder spree and, alas, sees Alice skitter away again.

Miss Baker in her banana G-string, Simenon puffing on his pipe—Cleverly brings 1927 into sharp focus, while Sandilands outwits Parisian bureaucracy, apache wannabes and lovely Alice. If the denouement is a mite implausible, the dash up to it is mighty fine.