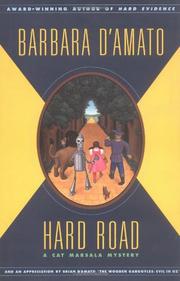 Cat Marsala would probably have taken her six-year-old nephew Jeremy to Chicago’s first Grant Park Oz Festival even if Jeremy’s dad Barry weren’t serving as the festival’s general manager. As it is, the presence of Barry adds a special pleasure to their experiences on the Magic Turning Mountains and the Flying Monkeys merry-go-round—and a horrible complication when festival security chief Tom Plumly staggers away from Barry with blood blooming on his chest from a fatal knife wound, and computer systems designer Jennifer Denslow is shot to death minutes later by somebody standing awfully close to Barry. Unable to believe her own brother could be the fiend who pursued her and Jeremy through a spooky parking garage with gun blazing, Cat still has to tell Chief of Detectives Harold McCoo what she saw, and what she saw puts Barry in such danger of arrest that he refuses to believe his sister is really trying to help him. So Cat, marshalling all her freelance reporting skills, homes in on the only possible suspects—banker Edmond W. Pottle, contractor Larry Mazzanovich, and lighting designer E.T. Taubman—and brings the thinly imagined killer to book in plenty of time for Brian D’Amato’s “The Wooden Gargoyles: Evil in Oz,” a scholarly 50-page essay that seems intended for quite a different audience.

Despite the “hard” title and the breathless opening sequence, Cat’s ninth case (Hard Evidence, 1999, etc.), turning on a single clue reminiscent of the short stories in Of Course You Know That Chocolate Is a Vegetable (2000), is her frothiest outing to date.