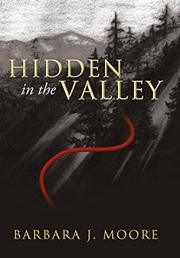 HIDDEN IN THE VALLEY

Moore’s debut memoir is an emotionally wrought account of her mother’s mysterious disappearance in the woods in 2007.

Moore heard from her sister Cheryl that their parents’ hunting trip in Oregon’s Wallowa Mountains ended badly—their mother was missing. Moore’s aging parents, Doris and Harold Anderson, had their share of heartache; they suffered from both emotional and physical ailments. Doris, who lost a child and a brother, lived a life of fear. Harold had his own brush with death, which left his body vulnerable and weak. He insisted on an adventure hunting for elk, certain that his wife would benefit from the mountain air. Within only moments of arriving at the mountain trail, however, problems arose. As he tried to load his ATV, Harold badly injured himself, which left him disoriented. Their truck was soon stuck on an unpaved path, and the two started walking to find assistance. Weak with exhaustion, Doris stayed back as Harold continued down the road looking for help, but Harold lost consciousness atop a log. Though Harold was found by a hunting party, when he returned to the truck, Doris was gone. Harold quickly sought assistance and was aided by search and rescue coordinator Chris Galiszewski. The family was panic stricken over Doris’ absence. For 14 days, they fretted during the search, as Doris barely survived her ordeal in the woods. Told simply and candidly, this ordinary family’s story of faith and survival has weight. Moore’s narrative brims with love and spiritual focus as she highlights the moments that she believes God stepped in to save her mother. Her family’s ordeal will stay with the reader.

A moving memoir about familial strength when faced with the unthinkable.