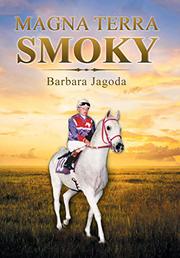 A woman and an anxious horse take the racing world by storm in Jagoda’s debut memoir.

Magna Terra Smoky was a frightened Arabian colt whose chances of becoming a winning racehorse seemed slim. However, despite his general mistrust of people, he went on to become a racing legend. The author’s memoir opens with her impulsive but life-changing decision to acquire the Colorado horse as a racing prospect in 1988. Neither of them had experience on the track, but Smoky still won his first race the next year. As the bond between the steed and the author grew, Smoky gained self-confidence that would drive his decadelong career. Refreshingly, this memoir isn’t a formulaic story of a horse and rider beating the odds. Unlike other, similar books, it doesn’t focus solely on the animal, and the author’s own story is just as compelling. Jagoda writes with a richness that makes the work read like a novel, building suspense and delivering unpredictable twists. The pair raced at top tracks from California to Delaware, often confronting entrenched politics and sexism. In 1990, the author says, racing officials underreported Smoky’s winnings, which robbed him of his right to the prestigious Darley Award. Readers also learn the toll that the racing industry can take on one’s personal relationships, financial stability, and health. After the author had two accidents involving other horses, which resulted in two broken arms, Jagoda persuaded a friend to saw off one cast so that she could keep training Smoky. At one point, she helped the horse heal from life-threatening injuries—one of which left the animal disfigured and disadvantaged as a racehorse. Still, Smoky retired with 50 wins in 120 starts, and in 100 of them, he placed in the top three—including his final race. Crowned the “richest racing Arabian of all time” in 1994, Smoky was inducted into the Arabian racing hall of fame. Black-and-white snapshots, letters, and old news clippings lend a homespun sweetness to a book that will appeal to young readers and adults. Hollywood, if you’re listening: This could possibly be the next Eighty-Dollar Champion.

A gripping account of an underdog partnership that made racing history.