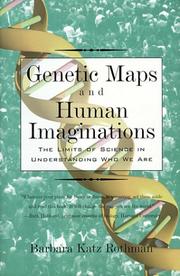 The Limits of Science in Understanding Who We Are

An outspoken and well-spoken sociologist (City University of New York Graduate School) takes on the biomedical establishment in this collection of essays on genes, race, disease, eugenics, procreation, and the future. Rothman, whose earlier books probed the medicalization of motherhood, prenatal testing and surrogacy/adoption/parenthood, here attacks the Human Genome Project. This multibillion-dollar federal initiative to map and sequence all 100,000 human genes is fraught with dangers, she says—not the least of which is a new eugenics of designer babies. Rothman reviews the old eugenics movement, declaring it to be frankly racist, and she skillfully disposes of latter-day Bell Curve arguments. Her central point is that science is promulgating an all-in-the-genes model of biological determinism, and as an example she points to current medical thinking that all cancer is genetic. She claims that we live “in an era of looking down—telling individuals to eat more wisely, slather on the skin protectors,” and she sees the search for susceptibility genes as just another focus on what is wrong with the individual and not with society or the environment. When it comes to the future, Rothman trots out the slippery-slope scenarios but seems less concerned about cloning. Instead, she simply says we could spend money a lot more wisely than on the genome project—while ignoring what the genetic enterprise has yielded in terms of understanding evolution, developmental biology, aging, and the human brain. Rothman’s empathy, warmth, and intelligence are everywhere apparent, but in painting biology with a reductionist brush that dismisses selfhood or “soul,” she confuses scientific practice with what scientists think and overlooks the fact that there are many geneticists who know that genes are not causal and there is more to life than molecular biology.