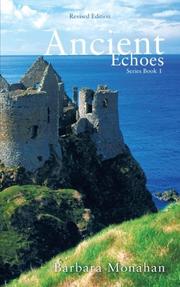 Monahan sets this paranormal romance in a Scottish castle during the present day and the 16th century.

From the opening chapter, it’s clear that Samantha McKinley is both impulsive and foolish. When a mysterious letter arrives at her home in Boston informing her that she has inherited an ancient castle along with a large sum of money, and instructs her to come to Scotland and to bring no one along with her, she never questions it. Instead, Samantha obediently heads to Scotland, unaware that she will never return home and never see her friends or family again. A few hours after she arrives in Scotland, Samantha meets Kieron and almost immediately puts all her trust in the good-looking stranger, moving into his house the following day. Mainly through Kieron, Samantha learns of the mysterious history of Rosestone, the castle she has inherited, and later Kieron’s own story. Kieron is an immortal from another dimension, a Keeper who is an angel of light. Samantha learns that an ancient curse threatens her safety. With Kieron’s help she travels back in time to the 16th century to destroy an evil sorcerer and lift the curse. Monahan’s somewhat confusing fantasy mythos features Vikings, demons, angels, alternate worlds, reincarnation and time travel. The characters tend to be simple and flat; the bad guys are unquestionably evil while the good guys are, literally, angels. The story drags during scenes where large chunks of background information are unveiled, usually in the form of stilted dialogue. The pace picks up, however, during those scenes when the forces of good and evil clash, treating readers to some fast-moving action. Readers will have to look beyond a host of spelling and grammatical errors as well as a few continuity lapses, but those who do will find a romantic tale inspired by Celtic legend. An epilogue hints at the possibility of a sequel. This love story of a woman in the right place at the wrong time and the attractive angel-knight who comes to her aid should appeal to readers of the romance genre.