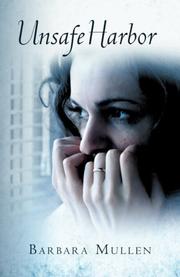 Mullen’s novel tells the disturbing account of a woman trapped in an abusive marriage.

Katie O’Connell seems to have the perfect life upon marrying Jeff, a wealthy, charming man who whisks her off to Rhode Island. But she soon feels as though she married two people: loving Jeff, who’s at ease when they sail on their yacht, and the dark, angry Jeff on land, who thrusts his four children from a previous marriage onto Katie, thanking her with only biting criticism. Not long into marriage, Katie finds herself “in a constant state of readiness, one foot perpetually raised and prepared for the quick change of direction from one version of him to the other.” Jeff’s dark moods begin to overshadow their marriage, and sides of him she didn’t know existed begin to surface. Though he had claimed to be a staunch feminist when they were dating, he suddenly decides that Katie’s career as a newspaper columnist is no longer acceptable; she must raise his children. He asserts control over their finances and blames Katie for everything, including his mood swings and angst. As the marriage descends into a tense, dangerous place, Katie finds herself losing her conviction and choosing to believe Jeff’s apologies and promises. A cycle ensues: Jeff crosses lines of abuse that even forgiving Katie cannot tolerate, though she finds herself reconciling again as Jeff insists he’ll get help. But when Katie’s willingness to work with her troubled husband is put to the ultimate test, her resilience may not be enough. Told with a gentle touch, Katie’s story draws the reader into the desperate mind of a woman who needs to believe in her marriage. It’s every woman’s nightmare, and Katie’s determination makes her both a victim and a heroine; either way, she’s hugely sympathetic. The details of her turbulent marriage make for a gripping, heart-rending experience, which will stay with readers long after the story ends.

A disturbingly believable account of a marriage gone bad.