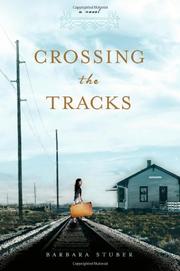 When he sends her to Missouri to be a paid companion to an elderly woman during the summer of 1926, Iris suspects that her father is just getting rid of her so he can concentrate on Celeste, his fiancée, who’s working with him to open a new shoe store in Kansas City. At Dr. Nesbitt’s rural home, however, Iris is able to make a place for herself with the old woman, still grieving her boy who died in World War I, and her gentle surviving son. Having symbolically left her shoes behind on the train, Iris slowly develops her own life and ideas, while corresponding with Leroy, a childhood friend rapidly becoming something more, and still longing for her businessman father to show he values her. A neighbor’s abusive ways test her ethically and emotionally but also provide her with a growing awareness of the support and love she does have. As Iris matures, Stuber’s tender, evocative style aptly portrays both the evil and the good while remaining emotionally true. Characters are rounded, the plot slow but steady and the imagery engaging in this noteworthy debut. (Historical fiction. 12 & up)