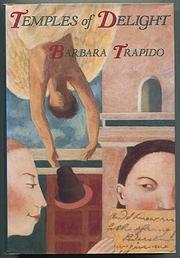 One of those amiably literate British novels, with modest intellectual pretensions, vivid characters, and a creaky but engaging plot.

When Alice Pilling first met brilliant and beautiful Jem MacCrail back in her very proper private girls' school, she was enchanted with Jem's insouciance, the remarkable stories she wrote and told, and her contempt for school rules. The two soon became friends, much to the concern of Alice's prosperous and upwardly mobile parents, who adored their only child. But for quiet Alice, Jem was the perfect friend—one who suggested all the rich possibilities of life beyond suburbia. Jem introduced her to literature, to music—in particular The Magic Flute, which gives a sort of intermittent thematic structure to the story here—and regaled her with tales of her colorful family, a family radically unlike the Pillings. But Jem left school as abruptly as she arrived, giving Alice the novel and stories she had written as mementos. Alice went up to Oxford, was courted by the estimable Roland, but nothing ever quite measured up to Jem and her stories. But now, while recuperating from a car accident, Alice receives an all-explaining letter from Jem, now pregnant and on the point of death. Alice is too late to see Jem, but the baby becomes hers, and quiet and agnostic Alice, fighting to get Jem's novel published, finds true love and faith at last. An often barely credible plot is more than compensated for by an unerring eye for the telling detail and nuance—and by a splendid assortment of vibrant characters.

An eminently satisfying read from Trapido (Brother of the More Famous Jack, 1982).