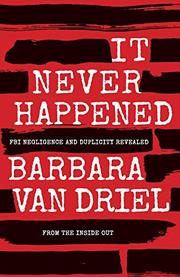 FBI Negligence and Duplicity Revealed from the Inside Out

A former FBI agent tells of her traumatic experiences while working for the bureau.

Debut author Van Driel joined the Federal Bureau of Investigation in 1983 with a mixture of excitement and awe, driven by a sense of adventure and patriotic ardor. However, she says that she encountered rampant unprofessionalism, unabashed misogyny, and an unsettling lack of moral gravity at the training academy in Quantico, Virginia. She writes that her peers warned her that she should never be alone with the academy director; according to them, he was a well-known predator of female trainees. On her graduation day, Van Driel says, she was sexually assaulted by one of her firearms instructors. She describes her first training agent as a “swaggering misogynist” who recommended that she quit and find a husband; her male colleagues, she says, repeatedly propositioned her and sexually assaulted her, confident that they would never face departmental discipline. At one point, the author remembers that her Russian language instructor offered to heal a blemish on her face with his semen. Van Driel offers a scathing critique of the bureau that effectively portrays an atmosphere of lethargic shiftlessness, with agents routinely coming and going as they pleased, shirking their duties, falsifying work records, and inflating expense reports. While serving in the New York office, Van Driel’s supervisor was Robert Hanssen, who later became infamous for traitorous behavior. She chillingly relates why she finally resigned: “I had a growing feeling that any danger that would befall me, particularly at the hands of my fellow agents, would never be addressed appropriately. For the first time, I didn’t feel safe.” The author’s moral condemnation of amateurish incompetence is powerful, as is her account of what she describes as the FBI’s entrenched sexism. Van Driel’s prose is full of emotion at times, but it mostly maintains a tone of cool, analytical objectivity, making her indictments all the more persuasive. Indeed, this is a rare exposé in that there’s no shortage of bombshell revelations but not a hint of sensationalism.

A fearless takedown of a major American institution.