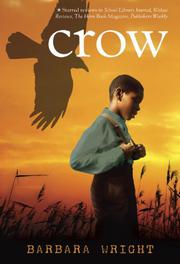 Growing up in Wilmington, N.C., in 1898, a naive black boy and his family are devastated by a racist uprising in this fictionalized account of a little-known historical event.

On his last day of fifth grade, a buzzard portentously casts a shadow over Moses Thomas, prompting his grandma, Boo Nanny, to warn: “[Y]ou happiness done dead.” Moses lives with Boo Nanny, a former slave who takes in white people’s laundry, his Mama, a housemaid for wealthy whites, and his Daddy, a reporter and business manager of the Daily Record, “the only Negro daily in the South.” Graduate of Howard University and an elected alderman, Daddy ardently believes in the power of education, and Moses tries to follow in his footsteps by reading library books, learning vocabulary words and maintaining perfect attendance at school. In contrast, Boo Nanny thinks her protected grandson “needs to learn by living.” When a mob of white supremacists burns the newspaper office and arrests his father, Moses becomes dangerously involved and discovers what it means to be his father’s son. Relying on historical records, Wright deftly combines real and fictional characters to produce an intimate story about the Wilmington riots to disenfranchise black citizens.

An intensely moving, first-person narrative of a disturbing historical footnote told from the perspective of a very likable, credible young hero.