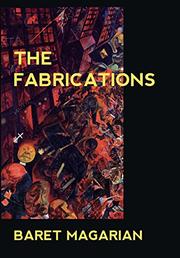 When a hack London novelist tries to redeem both his career and his friend’s aimless life, a messiah is accidentally born.

This comic debut introduces author Daniel Bloch, who has written lots of “popular junk” but now wants to offer the masses something artistically substantial. His friend Oscar Babel is a film projectionist and painter who’s lost hope of finding success. Daniel decides to write a story about the Oscar who could be, a man who lives to his fullest potential. In Daniel’s tale, Oscar becomes a life model, posing for other artists, and acquires a cat. Shockingly, reality follows fiction. Through a friend named Lilliana, Oscar meets the enchanting painter Najette, who recommends nude modeling because “the sense of being a lynch-pin for other people’s creativity” inspired her own. Oscar also adopts a cat whom he names Dove. When he and Daniel discover the potent authenticity of their situation, the writer strives for the ultimate indulgence—he conceives of Oscar as a pop philosopher, worshipped by the masses and incapable of doing wrong. Soon, Oscar ends up in the clutches of Ryan Rees, a talent agent who intends to “take a complete nobody and turn him into a prophet.” Daniel, meanwhile, has been hallucinating the phrase “Art can kill.” In this sparkling, darkly humorous novel, Magarian explores the intersection of creativity, romance, and the schizophrenic media that both idolize and destroy. Though Oscar tells the public he’s a fraud—a random man plucked from obscurity—his message resonates. He advocates an “erotic relationship with the world” in which people might “transpose the sensibilities that come to them in lovemaking onto the daily commerce of this dreary planet.” Oscar’s messianic ascent is entertaining (think Stravinsky’s riotous 1913 work The Rite of Spring), but Lilliana’s adventures are nearly as captivating. In a sumptuous illustration of Oscar’s message, she helps a miserable man she’s only just met come out to his parents. By the end, Oscar magically siphons nearly all of the mental and spiritual energy from Daniel, but not without both characters facing grand epiphanies.

A resplendent tale about an unlikely prophet that deserves to be pondered at length and acted on.