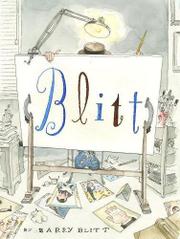 Indelible images from one of America’s leading political cartoonists.

Though he claims that “my comprehension of politics was and remains superficial,” Blitt’s (The Founding Fathers!, 2016, etc.) magazine covers, especially for the New Yorker, have not only spurred considerable dialogue in the culture at large, but also helped frame the dialogue in American political discourse. There was the image of the Obamas giving each other fist bumps while dressed in terrorist garb; the one with the Monty Python–esque “silly walks” showing Brits walking off the cliff with Brexit; and the flooding of the Bush cabinet in the wake of Hurricane Katrina—not to mention the many involving the 2016 election of Trump in general, who has been the gift that keeps on giving. How does Blitt do it? He does his best to explain, showing his drafting table and sheets covered with inkblots. He offers a “neurotic’s diary,” the daily routine, and he provides revelatory glimpses of the process, the sketches, and drafts preceding the finished illustration. He also inventories the “tools of the trade”—not only the array of artistic supplies, but a pharmacy’s worth of prescribed medications. So here you have everything that goes into a Blitt cartoon, but unless you are Blitt, you will never achieve what he does with those ingredients. He admits that not even he knows how he does what he does or even exactly what a powerful image might mean. But accompanying these illustrations is plenty of testimony on what sets him apart. Frank Rich praises “the spontaneity, grace, and power of Barry’s art,” which often accompanied the columnist’s Sunday pieces for the New York Times. “Paying attention to small details, Blitt manages to make points about big issues,” says Francoise Mouly, the New Yorker’s art editor. Many of these illustrations remain fresh in memory, though the tossed-off sketches and previously unpublished work are every bit as illuminating.

A treasure trove for fans of the New Yorker, political satire, and graphic design.