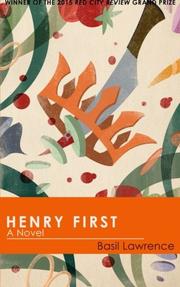 A Story of Excess

In an undisclosed locale (possibly London), chef Henry First busies himself in the kitchen of his restaurant, Firsts, preparing a meal designed to win a competition. Business has been off, as is, perhaps, his relationship with wife Dolores; it’s been some time since they made love. Loyal Dolores has news if only she can find the right moment to tell Henry, who’s drinking a bit much these days. An accident sends the kitchen into chaos, and then the judges arrive. Henry dutifully makes a hasty exit as critic Grant Whant muses about Firsts’ chances: The judges “would be concerned about ambience and their own self-importance. They expected a spectacle.” Patrice Czarny—magazine editor, “Amazonian Goddess” and Grant’s manager—heads the food division of Furness Kindle & Flint. She wants to buy Firsts, but Henry has no wish to join a “corporate crèche.” Given the behind-the-scenes mayhem, failure seems a foregone conclusion, but amazingly, the stock Henry created carries the day. Even his cantankerous, cancerous brother-in-law Felix Stoll likes it, its distinctive taste due to an ingredient seldom found in soup. Unstable Henry does the unthinkable, resorting to a successful if deranged business strategy; but in a media-steeped age, perhaps no one cares about the devil in the details. The show must go on and does, with deliciously droll scenes: For instance, when a staged, on-camera surgery goes awry, no worries—body doubles are available. As a character, tall white-blond Henry is a ghost in the making, a delightfully elusive vapor wafting through life, marriage and his past, struggling to remain afloat in fiercely competitive environs. In addition to wickedly comical moments, the novel serves up snappy dialogue, as when Patrice asks Henry: “Why can’t you think with your cock like a normal man?” The tone is surprisingly light, like an airy soufflé.

Satirical look at the restaurant industry and those who feed and are fed by it, with witty conversations and an intriguing man in the kitchen.