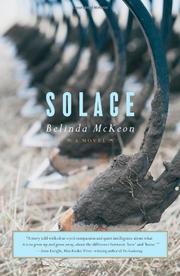 A debut novel of love and loss set in contemporary Ireland, where a family’s troubled past cast its shadow over an uncertain future.

Looking for a distraction from writing his stalled thesis, Mark Casey falls for a green-eyed girl he meets at a Dublin pub. Joanne Lynch, however, is more than a pretty solicitor trainee—she comes from the same patch of rural farmland where Mark grew up. The son of a demanding and truculent farmer, Mark resents the time he must take away from his studies at Trinity College to help out at the family farm in County Longford. That his thesis is going nowhere only adds more strain to his relationship with his father. Joanne is caught in a similar bind. Her late father was a notorious scoundrel whose dodgy dealings earned the enmity of the Casey family, but Joanne is ignorant of the feud. As the new couple navigates their complicated pasts, Joanne becomes pregnant, igniting the fuse to the powder keg into which the young lovers have unwittingly blundered. Midway through the novel, an act of horrendous violence brings the families together in unexpected ways. Though it's not quite Romeo and Juliet, McKeon makes masterful use of the conflict between the two families to propel the story forward and gird scenes of ordinary family drama with tension and dread. Digressions into Joanne’s legal work and the subject of Mark’s thesis (the novels of English author Maria Edgeworth) prove to be welcome asides that add depth to the characters. For instance, Joanne’s infatuation with her client’s eccentric mother, a woman she only knows through court transcripts, suggests Joanne might be better-suited to the scholarly work that Mark seems incapable of finishing. At times, Mark’s struggle with his father takes on undertones of William Faulkner and Joanne is as nuanced and knowable as the heroine of an Edna O’Brien novel.

An engrossing, highly rewarding read that marks McKeon as a writer to watch.