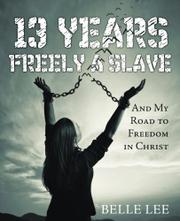 Debut author Lee describes how God delivered her from an abusive relationship in this Christian-themed memoir.

When the author was 15, she sneaked out of her grandparents’ house and went to a club with friends. There, she met 19-year-old Daniel (not this real name): “He was very good looking, dressed in white slacks, a white jacket and that sparkling white diamond tie!” The author says that she’d already endured physical, sexual, and verbal abuse during her childhood, and Daniel exploited her vulnerability. She immediately moved in with him, beginning a 13-year relationship that was characterized by constant horror. After two months, Daniel relocated Lee to a small town, where he kept her locked in a trailer. She was let out once a day to bathe, she says, and not allowed to talk to anyone. She writes that he raped her repeatedly and got her pregnant; she was briefly rescued by her mother, but after the baby was born, the author and Daniel moved to a new apartment. It was a long time before Lee finally found the strength to escape her abuser for good, she says, and she credits it to her eventual discovery of and faith in God and Jesus Christ. Interspersed with her account, the author provides Bible verses with short explanations of how they related to her situation and how readers might apply them to their own lives. Lee writes in a searing prose style that captures her strong emotions every step of the way, as when Daniel locks her in the trailer: “I had been homeless before Daniel, I had been molested before Daniel, I had been raped before Daniel, I had been abused before Daniel, I had been abandoned before Daniel...but in all that, never had I felt so trapped as I did right at that moment.” The book is fewer than 60 pages long, and its account is rather skeletal, with many details left out. It seems as if it’s intended to be read a sort of simplified parable, showing how the author suffered before turning to God. Readers may not draw the same theological conclusions from Lee’s experiences, but they’ll find them to be harrowing, nonetheless.

A brief, disturbing remembrance of abuse and faith.