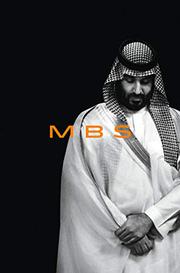 The Rise to Power of Mohammed bin Salman

A chilling look at the ascent of the current young prince of Saudi Arabia to first-in-line to succession.

Hubbard, the New York Times Beirut chief who has been reporting from the Middle East for more than a decade, is perfectly positioned to observe the rise of Mohammed bin Salman since the accession of his father to the role of king in 2015. Mohammed, the favored son though far from being the eldest, had stuck by his father’s side through his early years, eschewing a foreign education for a Saudi inculcation in the ways his father, then the governor of Riyadh Province, preferred. When his father became king, writes the author in this authoritative biographical picture, he put MBS in command of “the kingdom’s most important portfolios: defense, economy, religion and oil. Then, shoving aside older relatives, he became the crown prince, putting him next in line to the throne. His father remained the head of state, but it was clear that Prince Mohammed was the hands-on ruler, the kingdom’s overseer and CEO.” At first, some international leaders admired the prince as a “game-changer” in a sclerotic Saudi male hierarchy, young and unafraid to “defang” the dreaded religious police and lure investors. The mood had shifted by November 2017, however, when the young prince engineered the imprisonment of hundreds of the richest men in the country in the Ritz-Carlton of Riyadh and forcibly shook them down. Sentiment continued to turn with the Oct. 2, 2018, murder of journalist Jamal Khashoggi, the most prominent critic of MBS and the royal family. “Khashoggi’s killing was a wake-up call,” writes Hubbard. “In a few weeks, it flushed away much of the goodwill and excitement that MBS had spent the last four years generating.” Throughout, the author, synthesizing information gleaned from hundreds of interviews, displays his impressive diligence as a journalist continually blocked by censorship and intimidation.

As complete a portrait of an elusive autocrat as can be expected.