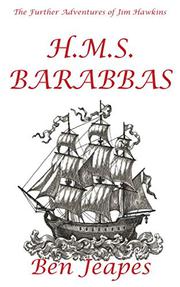 From the Further Adventures of Jim Hawkins series, volume 1

In this series opener and pastiche sequel to Robert Louis Stevenson’s Treasure Island (1883), Jim Hawkins’ plans to become a doctor are scuttled when he’s forced into another seaborne adventure.

It’s four years after the events described in Treasure Island, said here to have been written as a memoir by James “Jim” Hawkins. Jim, now 17, has enough takings from his treasure and his book to make him a rich man. Most of the money is held in trust until Jim is 21, but it’s time to consider a profession. He decides that, like family friend Dr. David Livesey, he too will become a physician and help “make the world a better place.” Dr. Livesey arranges for an apprenticeship to his friend, Dr. John Taylor, a surgeon at St.  Bartholomew’s Hospital in London. While waiting for a boat to London, Jim can stay with Dr. Livesey’s sister in Plymouth. All well and good—but while in Plymouth, Jim is press-ganged aboard the ominously named HMS Barabbas and put to work as captain’s steward, becoming apprenticed to Dr. Wilequet, knowledgeable but usually drunk. Jim soon learns that not all pirates sail under the skull and bones, and that his own memoir—which mentions still-buried treasure—has put him in danger. He’ll need courage, wits, and luck to get back to dry land. Jeapes (The Xenocide Mission, 2018, etc.) offers a nicely judged take on a classic historical adventure novel. With an occasional slip into modern diction, Jeapes generally reproduces the speech rhythms and vocabulary of Stevenson’s novel successfully, and he provides vividly authentic descriptions of life (and death) aboard ship: “Jim just had a moment to see the water around the target erupt with white splashes, before the cloud of smoke that had burst from the guns blew back across the ship. A chemical stink tore at the back of his throat and stung his eyes.” Moments of humor, a little romance, and just desserts help enliven the sometimes-dark proceedings.