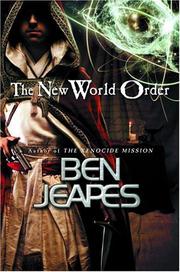 Politics, religion, and conflicting loyalties drive this complex, ingeniously imagined alternate history. The 17th-century English Civil War takes a decidedly different course after a portal to another Earth opens, and invading troops armed with late-19th-century weapons march out. But that army’s general Dhon Do is actually returning to England, having been stranded there years before—long enough to convert to Christianity, fall in love (and, as he discovers to his delight, father a child), and to develop a deep regard for the country and its people. Though the cast, which includes the wily, heroic Oliver Cromwell, tempestuous but intelligent Charles II, and other historical figures, may be unfamiliar to American readers, Jeapes makes them vivid, convincing characters, and embeds them within a compelling account of Dhon Do’s efforts to conquer and hold a large part of his adopted land with minimum loss of life. The author also adds rich subplots, folds in enough fictive and historical backstory to give every major player here genuine presence, and springs several satisfying surprises toward the end. An outstanding, thought-provoking page-turner. (Fantasy. 12-15)