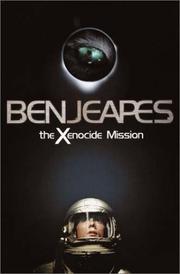 Jeapes rockets into the YA hardcover sci-fi market with an attack by aliens on an observation base located far in space and staffed by humans and an extraterrestrial species, the First Breed. Twenty-one days later, the large cast of characters has negotiated a complex first-contact experience. In the 2140s, humans inherited interstellar travel technology and leadership of the First Breed (more commonly called “Rusties”) from an advanced, alien civilization. Humans and Rusties continued their predecessors’ policy of hidden observation of the “Xenocides,” who were seen methodically exterminating the population of a nearby planet. This series of rapid changes in the knowledge and ascendancy of humans caused political changes in Earth’s governmental configurations and power structures. However, humans haven’t changed—especially in their drive for power and their delight in subterfuge, manipulation, and double-dealing. News of the attack on the observation station precipitates a crisis among the Earth’s various coalitions and alliances. They all insist on sending observers on the military mission, creating a recipe for disaster. Jeapes maintains suspense at a high level by his skillful use of narrative techniques; the byzantine plot is filled with cultural misunderstandings and double-crosses right up to the end. Told from the point of view of many characters and moving among the personalities, species, and power groups, it allows details—historical, personal, and cultural—to emerge as the plot unfolds. The structure is unusually complex, moving back and forth in time as the point of view changes from character to character. As with many plot-driven works, characterization is occasionally wooden, but it certainly doesn’t interrupt the flow of the narrative. Incorporating the best qualities of YA SF, this is a space opera that employs sociological examination and world building of a very high order—who could ask for anything more? A rip-roaring read. (Fiction. YA)