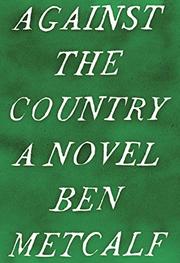 A boy’s school years in rural Virginia are marked by poverty, poultry, school bus torments and a brutish father, all of which would one day inspire him to tell his story with a ponderous postmodernist flair.

Labyrinthine sentences and metafictional antics make it difficult to separate style from substance in this variously humorous and bilious first novel. The narrator looks back from a distance of 30 years to the time in the early 1980s when his father uprooted the family of five from town life and planted them in a ramshackle house to endure a country life that’s a darker take on the faux-gothic of Stella Gibbons’ Cold Comfort Farm. There’s much more than a nasty thing in the woodshed. The boy endures snakes, wasps, ticks, bullies and frequent disciplinary thrashings. Two long sections concern the daily horrors of the “yellow beast,” the “yellow metal scow” that ferries him to and from school for frequent fights; and there's a possibly symbolic tale of his chickens’ efforts to fly the coop. Elsewhere Metcalf focuses on the father and narrator-son. Along with his mean dad’s physical and psychological oppression, there are references to his former scholarship and serious literary interests. Bitterness and wit have a tug of war in this mock memoir, as when the narrator’s thoughts about his father lead to plays on the words “meaning” and “meanness.” But they also echo an earlier, earnest pledge to challenge his father “in the ancient art of meanness, to which ongoing contest I submit this humble text.”

While Metcalf constantly impresses with his intelligence, his meta games and gnarly prose put such tough hurdles between the reader and this thorny parable of pain’s memory that it’s hard to see him winning more than a special, devoted audience.