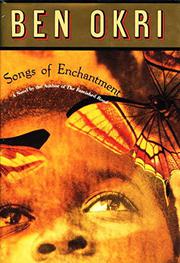 A sequel to the Booker Prize-winning The Famished Road (1992)- -again set in a mythic African village besieged by corruption and malevolent spirits—once more celebrates the stalwart human heart's struggle to endure. Azaro, the spirit-child who defied his fellow spirits by refusing to die, continues the story of his family. His father had won a great fight, but, as Azaro reminds us, ``nothing is ever finished, struggles are never truly concluded, sometimes we have to re-dream our lives, and life can always be used to create life.'' Ahead of the family lie the invisible seven mountains of the family's destiny, and all they can do is struggle forward to reach beyond the chaos that now engulfs them. Azaro's mother has been bewitched by the mysterious, all-powerful Madame Koto, who owns a bar in the village. It is a place always undergoing ``fabulous mutations,'' where every day is a celebration, ``an affirmation of her legend.'' Azaro and his father eventually get the mother back- -but she seems changed, weighed down by the many disasters that threaten the village: a murdered man haunts the streets; a ``Jackal-headed Masquerade'' riding a white horse briefly takes over and establishes ``its kingdom of fear''; Madame Koto becomes a dread invisible presence that saps all vitality; women are turned into antelopes; Azaro's father is blinded; and politicians court the villagers with poisoned foods. The times are very much out of joint—a point overly belabored in too many evocations of evil—but Azaro's father regains his sight in a healing that is as much of the spirit as the eyes themselves, and Azaro has his own epiphany when he sees the possibility of serenity beyond the present chaos. Okri conjures up the fabulous with the same ease as he affectingly details the ways of the human spirit in a lovingly evoked African setting teeming with life—both real and mythic. At times repetitive, but stunning nonetheless.