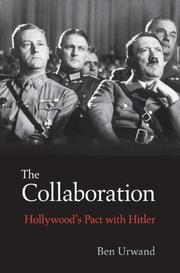 A Harvard University fellow offers a keen, unsettling look at the unholy alliance Hollywood made with the Nazis, which allowed both to keep packing movie theaters in Germany up until the outbreak of war.

Concomitant with Hollywood’s golden era of the 1930s was the rise of the Nazi Party, whose chief officials admired American films and tried to enlist some of Hollywood’s affective touches and technical mastery for their own productions and propaganda efforts. Movies had potentially the same kind of magical power that Hitler could wield in his mesmerizing speeches; his critical appraisals of his nightly viewing of new films ran to “good,” “bad” and “switched off.” This meant that movies that were anodyne and entertaining were approved for German audiences (Laurel and Hardy); movies that were dangerous to German sensibilities were bad (All Quiet on the Western Front); and movies that had problematic content were simply changed or not permitted to get made (It Can’t Happen Here). Germany was an important export market for Hollywood films (before World War I, it was the largest). Despite the quota regulations on imports, Hollywood films were welcomed by the Nazis, and a good “working relationship” was developed between Goebbels’ Propaganda Ministry and the big studios. There was pressure on the studios to censor defense of Jews in certain films and suppress films that portrayed Nazis in an unflattering light (The Mad Dog of Europe). The result of this complicated and slippery relationship, as Urwand depicts with subtlety, was the absolute disappearance from film of Nazis and Jews until the end of the decade.

Unlike Michael Munn's wide-ranging Hitler and the Nazi Cult of Film and Fame (2013), Urwand's work keeps the focus on a few films for an elucidating study.