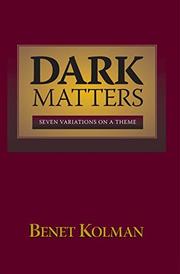 Wilma Watts is happy in her small Wisconsin town, waitressing and spending evenings at home with her dog in “Wilma and Harry.” But something happens that will alter everything for her, a change that Wilma may not be prepared to handle. Characters throughout the book are much the same, resigned to complacency that ultimately won’t last. Terry Addams of “Sweet Liberty” is happy with his unattached existence, bouncing from port to port, until he realizes in Central America that he may be a scapegoat for murder. In “Pilgrimage: A Modern Parable,” English teacher Dante McCullough’s annual trip to pay respects to his late mentor leads the unbeliever to question the notion of a soul and salvation. While there’s a major decision for each character to make, not every story reveals the final choice or its consequence. What, for example, will Wallace Wiggins do in “Embarrassment of Riches: A Romance”? Newly rich after selling his plumbing business, Wallace craves the freedom enjoyed by the wealthy while also being torn between potential love for Eunice Ellis and lust for Eunice’s daughter Linda. Similarly, the titular mountain recluse in “What Maisie Knew” feels she should help Jimmy, a man in need—and very possibly a murderer. The stories can occasionally wallow in gloom but have their share of cheerful moments. Freddie, for one, was an apparently hapless, depressed alcoholic when the war veteran died in the snow in “Rain.” But Arthur realizes he might not have known his little brother once a posthumous search through Freddie’s attic uncovers poetry and love letters. The best story is also the collection’s finale, “The Master.” Oliver Eiger, a schoolmaster at prep school St. Swithin’s, truly appreciates his stellar position at home and work. His jubilance is nevertheless shattered when the headmaster convinces him to give an affluent businessman’s son a slightly better grade and Eiger learns that his wife, Brooke, may be cheating on him. It ends the book on a high, a story more amusing than bitter that adds a cynical spin to the title.

Erudite tales that should prompt readers, just like the characters, to contemplate existentially.