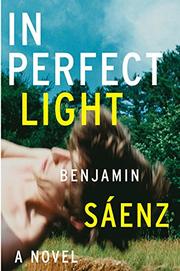 Poignant tale of a Mexican American community in El Paso facing the legacy of child prostitution.

Poet and novelist Sáenz (The House of Forgetting, 1997) is well attuned to the plight of these very real-seeming characters: a young Mexican man, Andrés Segovia, coming to terms with having been sexually abused as a boy, is arrested in a drunken brawl and turns to the gringo pro-bono lawyer, Dave, who has gotten him out of scrapes before. When the man Andrés has beat up dies—a sex offender out on parole whom Andrés remembers raping him at age 12—Dave hands his case over to a kind of miracle-working lawyer of the underdog, Grace Delgado, a widow who has plenty of troubles of her own. At 50, she has just been diagnosed with breast cancer, although she eschews any treatment; her grown son, Mister, has married a woman Grace doesn’t like, and the two inform her they plan to adopt the child of severely dysfunctional parents, further straining relations among them all. As Grace works patiently with Andrés, his horrific story unravels: orphaned when his parents were killed in a car accident, he and his siblings tried to make a self-sufficient life for themselves, until his beloved brother, Mando, ran afoul of the law and the younger children became prey to criminals who robbed them of their youth. In brisk, short, stream-of-consciousness chapters, Sáenz keeps these several strains of the story simmering: Dave struggles with his guilty conscious while Grace, confronting her own crisis of mortality, attains a kind of religious redemption in helping Andrés, who in turn needs to find a purpose to live. Mister’s attempts at adoption of the troubled toddler convulses the plot tragically, although Sáenz saves the mess from turning into a bloodbath by carefully delineating his characters.

A vivid story about a community of scarred, deeply human souls within a callous, indifferent America.